Mini Cruise: South side of Ponza plus Frontone Beach

HomeExcursionsMini Cruise: South side of Ponza plus Frontone Beach

Assistance departing from Terracina and arriving in Ponza

Stop for a swim at the suggestive natural arch

Final stop at the Frontone beach 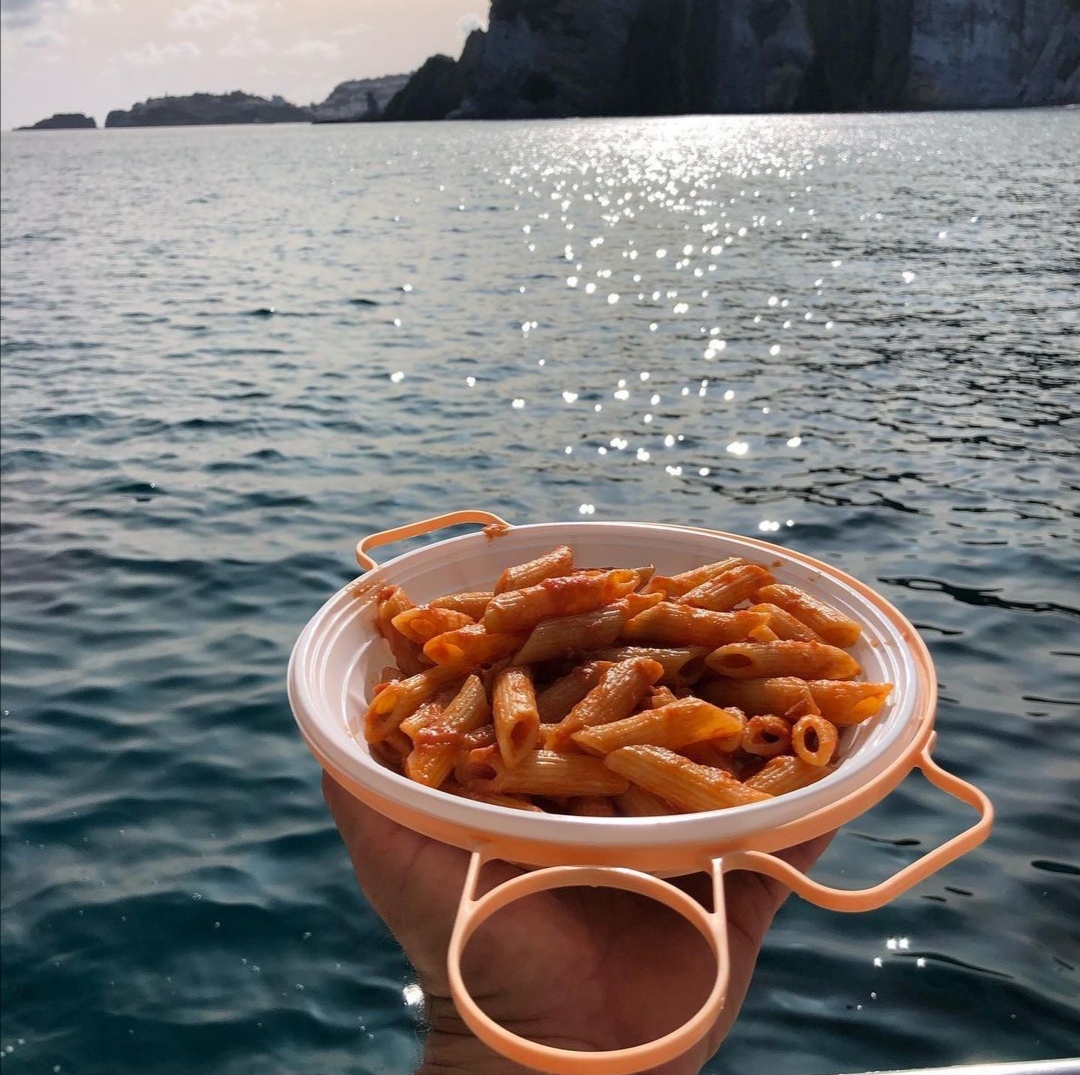 PASTA DISH ON BOARD

during the cruise a pasta with tuna, tomato, olives will be served

alternatively you can request a pasta, dressed with oil

SHORT COMBINATIONTHE SOUTH SIDE ONLY

Fast jet motorboat (75 ‘navigation each way) Terracina / Ponza / Terracina + the Ponza Mini Cruise on a tourist motorboat accompanied by a sailor-guide represents the ideal solution for those who do not want to spend a whole day on a cruise and while losing much of the natural beauty and of the sea of ​​our islands, however, manages to appreciate a very suggestive part of it. This short-term cruise is dedicated only to the southern side of the island of Ponza and an extended final stop at the Frontone beach (except for the spring period). Starting from the graceful port of the Bourbon period, with a particular semicircular shape and characterized by the pastel color of the small houses, it represents a real treasure chest of landscape and architectural beauty, we will follow for the second wonder: the caves of Pilate of the Roman era, also known as the Roman moray , part of a sumptuous imperial residence. The marine system includes four covered pools, connected to each other by a system of submarine tunnels and niches carved into the rock to house the statues of pagan gods. The caves bear the name of Pilate, a reckless scion of a noble Roman family, sent to Ponza by the governors of Rome, with the task of quelling a revolt. Continuing the navigation we will meet the Topaz arch, the promontory and the stacks of the Madonna, which take their name from an ancient effigy depicting the nativity of the Virgin, kept in a small church, later rebuilt, and now the Cemetery Chapel. At this point of the cruise we will continue according to one of the following routes:

If in the spring period (no swimming stops planned and not even the Frontone beach) we will continue sailing towards the cave of Ulysses which, although small, reflects amazing plays of light, the area of ​​the old Parata, the stacks of Calzone Muto, the bay del Bagno Vecchio, the place where the Bourbons established the dormitory of the convicts, deported here for the execution of the colonization plan. Among the green of the Mediterranean scrub, the coastal area of ​​Scarrupata stands out. In the southernmost part of the island, we will meet the Faraglione della Guardia which takes its name from the mountain above, whose peak is the highest on the island (279 m) and immediately after the suggestive Faro promontory, a true sentinel of the sea.

If in the summer we continue navigating towards the natural arch, a suggestive arch-shaped stack. Not far away, you can see the Aniello Antonio rock and Cala Inferno, in whose waters the prow of the wreck of the merchant ship Maria Costanza emerges, which was wrecked in a stormy night many years ago near the cliff. In the white tuff that overlooks the beach, the Bourbons created a staircase, to allow access by land from this side of the island. From the sea, it is possible to glimpse part of the Roman aqueduct whose waters flowed into large cisterns in the port area. Cala del Core and the cave of the same name, for that natural spot of black-reddish rhyolite in the clear color of the tuff cliff, which recalls a heart shape dripping with blood; on one side of the cove there is the Scoglio della Foca: a natural sculpture smoothed by the wind and the sea, very similar to this mammal. At the end of the cruise it is possible to get off at the Frontone beach or to finish the ride at the port of Ponza; those who choose to go down to the beach to continue the bathing activity freely, will have already included the return transfer to the beach / port through our motorboat service with frequency every 20 ‘and a crossing time of about 10’.

This site uses cookies. By continuing to browse the site, you are agreeing to our use of cookies.